The winners of the annual project “Fix the volleyball courts 2021!” have been announced

On Monday, July 3rd, Oma Ehitaja handed over the 1st construction stage of the Maarjamäe Palace: the renovated historic castle building, the newly constructed Film Museum building and recreation areas. Construction work was completed ahead of contractual schedule. After the construction, the Estonian History Museum in Maarjamäe has changed thoroughly. The historic Orlov Castle is completely renovated and will function as an interactive center of history. The park has has been turned into a pleasant recreation and entertainment area, featuring, for example, a children’s play area shaped like the map of Estonia, a mini-golf course, open exhibition grounds, etc. A “red carpet” passing through the park leads the visitor into a newly-built Estonian Film Museum, which also houses a 210-seat cinema and conference hall. In the backyard of the castle a separate exhibition area has been created with monuments from the era of Soviet occupation. The authors of the Maarjamäe Castle architectural project are KOKO architects OÜ. The designers of the grounds, film museum and storage building are BOA OÜ and Innopolis Insenerid OÜ. The construction of the film museum storage facility will be continued on basis of a separate contract and the building will be completed by the end of the year. During the Estonian Presidency of Europe, the Maarjamäe Palace will be very actively used to organize various events related to the presidency. 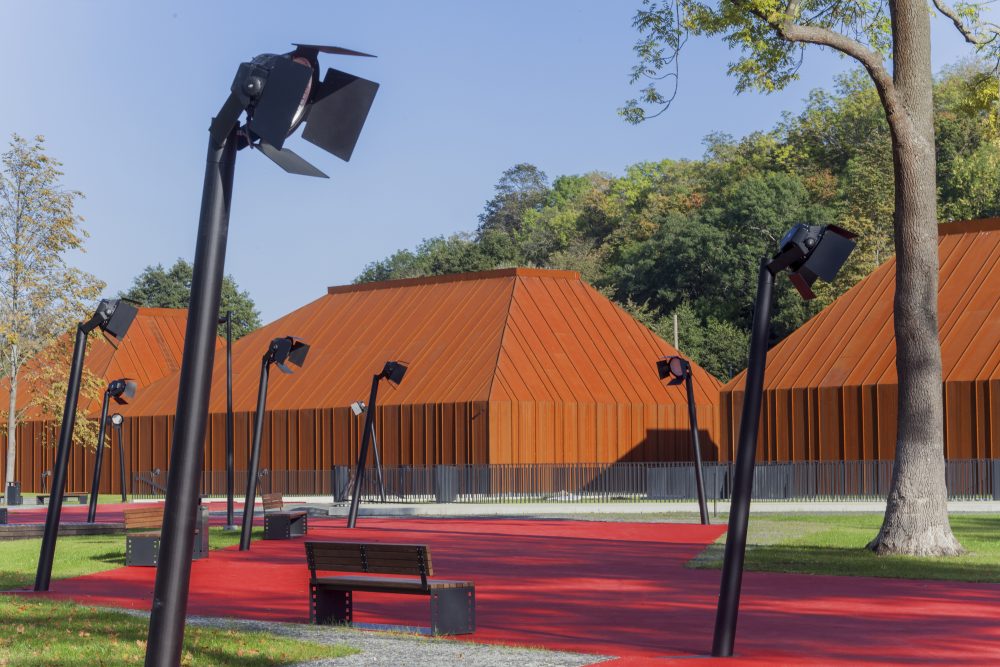