Estonian Volleyball Federation and Oma Ehitaja AS are starting the project “Fix the volleyball courts” which involves the creation or fixing of ten volleyball courts in Estonia this summer. Anyone interested can apply from today, April 4, until April 24.

In the previous 6 years of operation for the project, 60 new volleyball courts have been built in different areas of Estonia where it is now possible to stretch oneself physically on beautiful summer nights in great company. “Looking at the ever-growing love for recreational sports, I am sure that there are many more villages and communities who would like to be added to the list. “Fix the volleyball courts” is a great and very convenient opportunity to get involved,“ claims the project manager, Urmas Piik.

For 2 years now, Oma Ehitaja AS has been the collaborating partner of the Estonian Volleyball Federation for promoting recreational sports. “Fix the volleyball courts” has justified it over the last few years and due to its continuance, the project has been near to our hearts since the beginning. “By participating ourselves last year, we received even more confirmation of this,” claimed Kaido Fridolin, chairman of the board of Oma Ehitaja AS. “Since we are a construction company that also develops residential real estate, supporting that project fits our profile and services. Additionally, we have always found taking care of people’s health to be important,” he added.

By the 24th April, the jury will, from the applications sent to the “Fix the volleyball courts” competition, choose the six most prominent places, where, next summer, volleyball courts with all necessary equipment and specifications will be built. The ball will be given to the representative of the court by the Estonian Olympic Committee.

Additionally, the jury will choose ten more applications that will be put to a vote. There, four favourites will be chosen, where new volleyball courts will also be built. Volleyball lovers can see the candidates and vote for their favourite via Postimees.ee.

The jury includes the President of the Estonian Volleyball Federation, Hanno Pevkur, and the secretary general, Helen Veermäe, chairman of the board of Oma Ehitaja AS Kaido Fridolin and Rivo Vesik, the beach volleyball player who represented Estonia in the Olympic games in Beijing.

The preferred location of a volleyball court that is proposed in the framework of the “Fix the volleyball courts” competition is either on municipal or local government land. The private domain is allowed only when the owner of the land guarantees the necessary access to the court and the volleyball court is located in a visible, accessible and safe place. The applicant must add a confirmation of approval in a free format with the contact information of the local government or the private owner. It is necessary to explain why they would want a volleyball court to be built in that area. Also, it is necessary to add a plan of the location and if possible, any photographic material which will be useful in making a decision.

You can find the application form and the specific participation terms of the competition at http://vorguplatsidkorda.volley.ee/.

The timeline of the project “Fix the volleyball courts”

4th April – the beginning for submission of the applications

24th April – the end for submission of the applications

5th May – disclosure of the winners of the vote

8th May – the beginning of the transportation of courts in cooperation with the logistics company HRX Logistics.
More information
Urmas Piik
Project manager of “Võrguplatsid korda”
Telephone: 52 980 61
e-mail: urmas@volley.ee
http://www.volley.ee/. 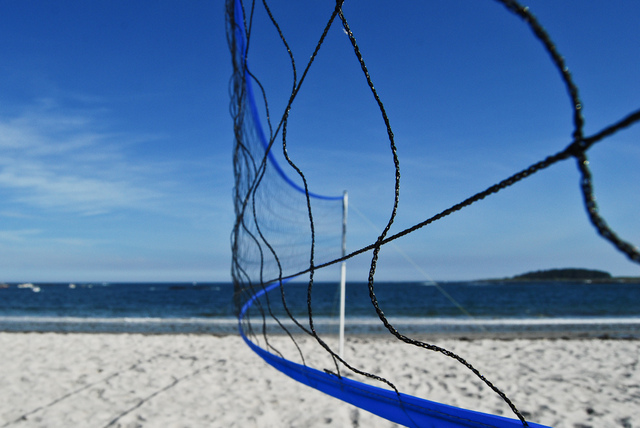