The winners of the annual project “Fix the volleyball courts 2021!” have been announced

The six winners were chosen by a jury consisting of Kaido Fridolin, Chairman of the Management Board of Oma Ehitaja AS, Hanno Pevkur, President of the Estonian Volleyball Association, Helen Veermäe, Secretary – General of the Estonian Volleyball Association, Kert Toobal, Captain of the men’s national team and Rivo Vesik, beach volleyball coach.
During the weekly referendum on Postimees’ website, the other four winners were revealed. The Aseri leisure center won with 858 votes, followed by Viljandi City Center School (657), Koonga Village (584) and Urvaste Village Square (557). 37 votes were cast for the fourth and fifth places.

Read more from the official webpage of the Estonian Volleyball Federation.

In the past eight years, the project “Fix the volleyball courts!” has organized and established 90 volleyball courts in cooperation with Credit24, Oma Ehitaja and Tallinn Sports and Youth Department.

As a major supporter of the project, the construction company Oma Ehitaja will continue to provide the necessary facilities for the maintenance and completion of the courts. This summer 100 courts will be reached, perfect for celebrating the 100th anniversary of Estonian volleyball.

Read more from the official webpage of the Estonian Volleyball Federation 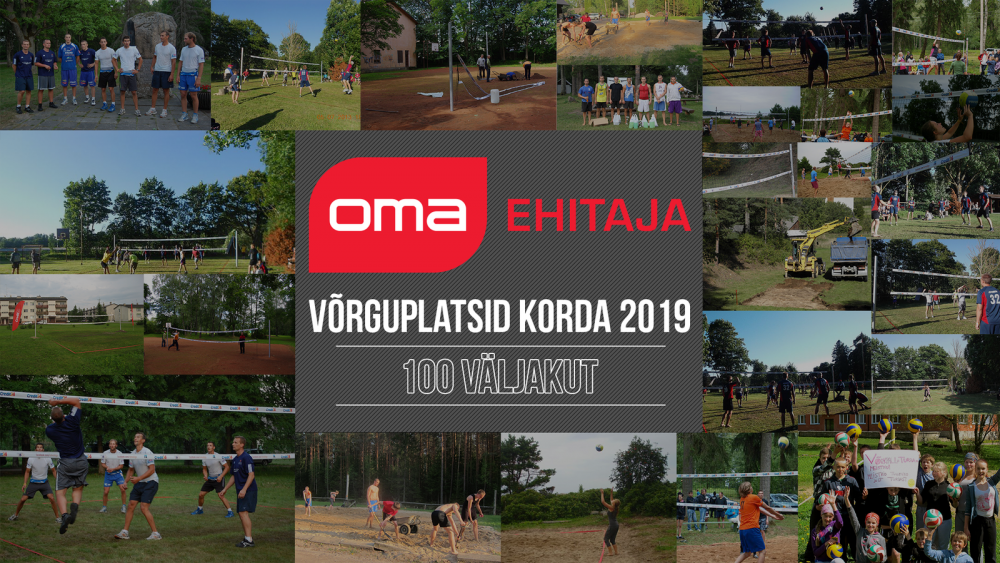 Project “Fix the volleyball courts!” is initiated to ensure that everyone interested can actively engage in sports in the open air. This year, the Estonian Volleyball Federation, in cooperation with the city of Tallinn and the construction company Oma Ehitaja, restores eleven volleyball courts in Tallinn and its neighborhood

In the previous seven years of operation for the project, 80 new volleyball courts have been built in different areas of Estonia where it is now possible to play sports on beautiful summer nights in great company.
This year, eleven newly refurbished squares will be added, including four in Pirita, four on the Stroomi beach, one in Kakumäe, one in Harku and one on the Pikakari beach.

Read more from the official webpage of the Estonian Volleyball Federation.

In collaboration with TTK UAS, Oma Ehitaja will give a €1500 scholarship to one successful student from the building construction curriculum at the Tallinn University of Applied Sciences. 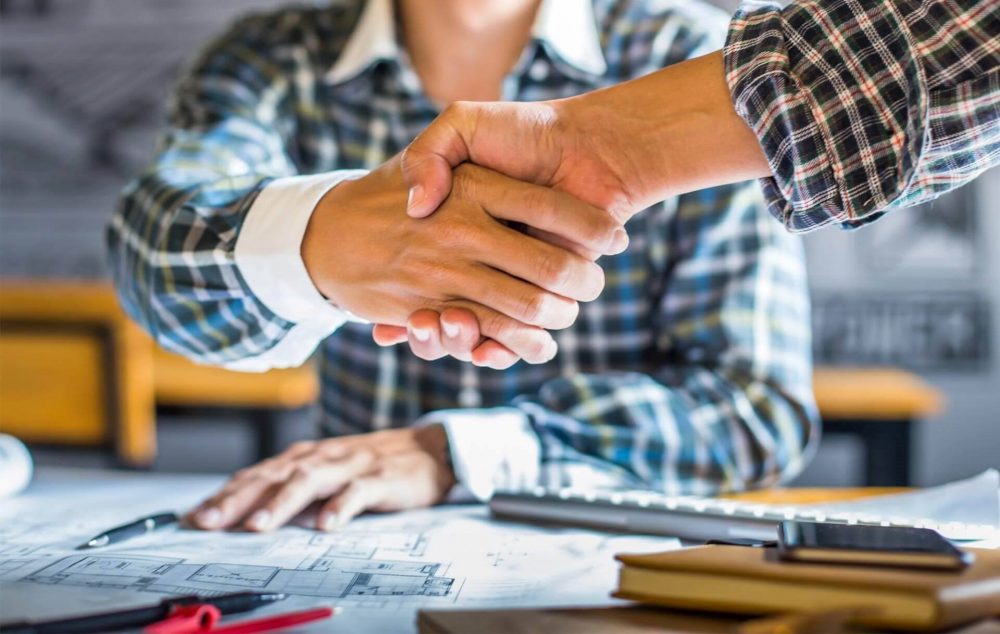 At the end of August, Oma Ehitaja and TTÜ Development Fund signed a partnership agreement to give a €2000 scholarship to a successful School of Engineering undergraduate or master’s student studying building construction.

The Oma Ehitaja engineering and master’s programme scholarship went to Areenika Lumilaan, a student of integrated studies at TTÜ’s School of Engineering. 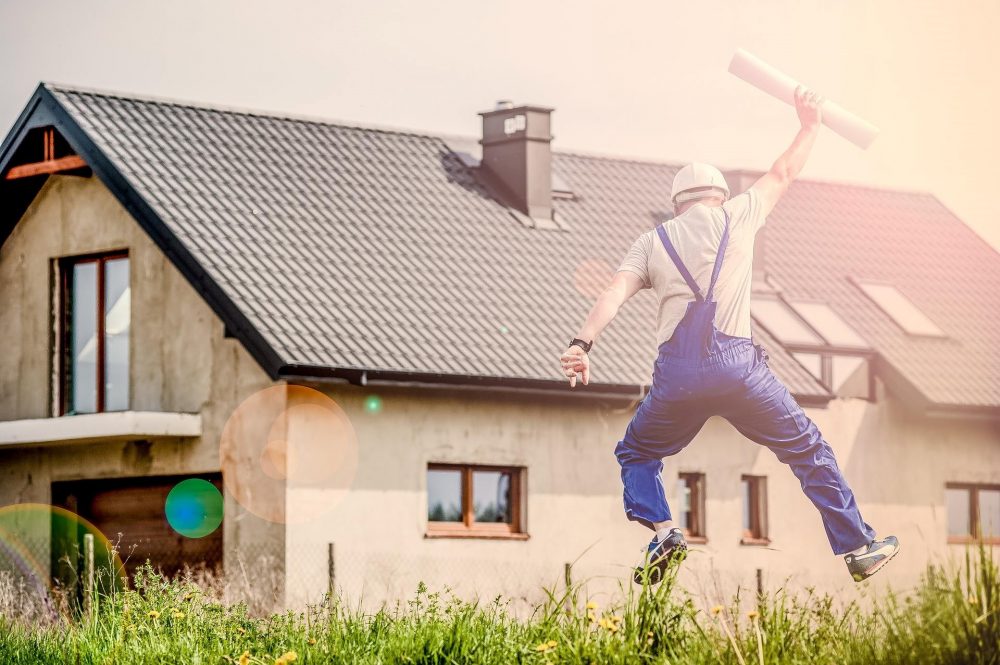 Helping others is rewarding! We supported the purchase of new vaulting poles for children at Erki Nool’s School of Athletics (Kergejõustikukool). Now the young athletes have all the vaulting equipment they need.
More information: http://www.enkool.ee/2868E183991A4BA9B848/uudiste-arhiiv/7aprill-2017/ 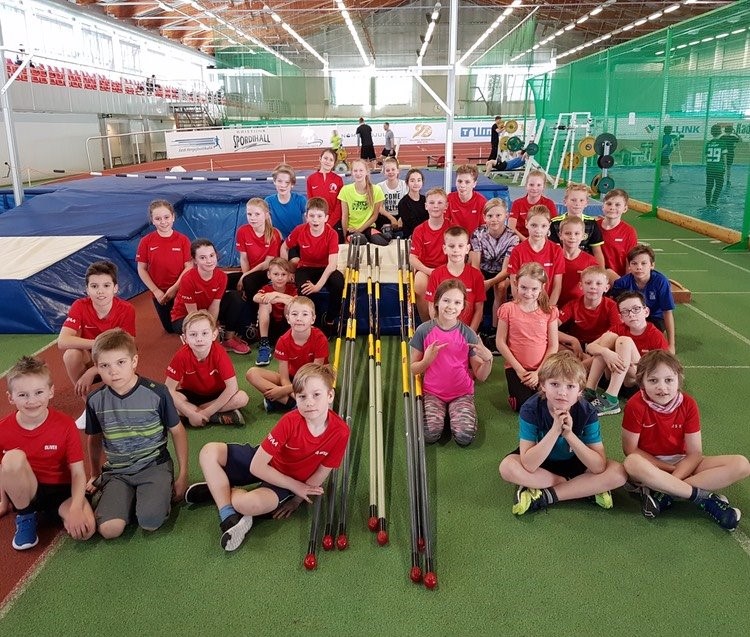 Volleyball lovers can apply from the 14th March until the 15th April 2016.

This website uses cookies to improve your experience while you navigate through the website. Out of these, the cookies that are categorized as necessary are stored on your browser as they are essential for the working of basic functionalities of the website. We also use third-party cookies that help us analyze and understand how you use this website. These cookies will be stored in your browser only with your consent. You also have the option to opt-out of these cookies. But opting out of some of these cookies may affect your browsing experience.
Necessary Always Enabled

Any cookies that may not be particularly necessary for the website to function and is used specifically to collect user personal data via analytics, ads, other embedded contents are termed as non-necessary cookies. It is mandatory to procure user consent prior to running these cookies on your website.